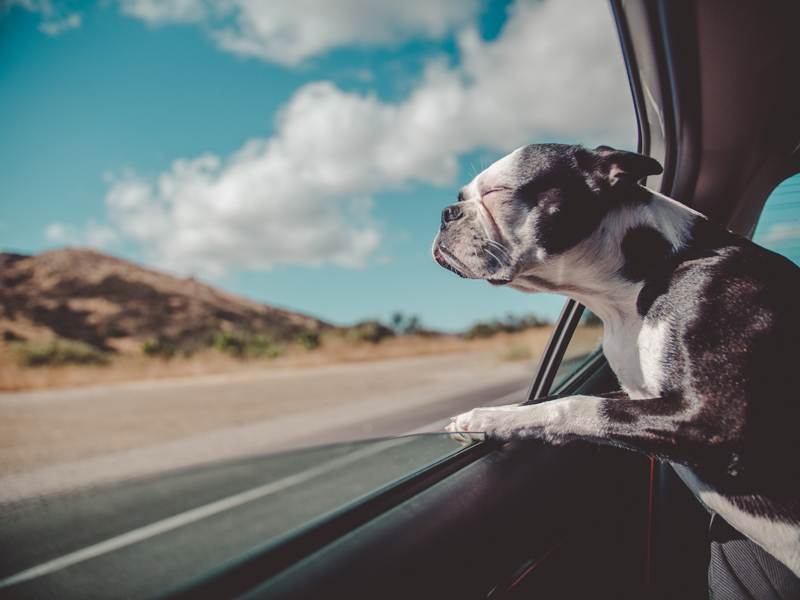 5 Dynamics decided to honor four amazing individuals and the equally amazing organizations that they support. In addition to sharing their stories, we have made a donation to each of the organizations.

Hats off to these amazing individuals.

I have worked with several reputable groups in Seguin, TX and Guadalupe County. I really like what ARF-Texas does to help the animals in our area. ARF helps with community vetting, primarily spaying and neutering. They also do a rabies and micro chipping clinic yearly in our small rural town. ARF has a community cat program to vaccinate and spay and neuter feral cat colonies. ARF donates thousands of pounds of food annually to our Christian Cupboard for people in need who have pets as well. We have an adoption and rescue committee in which I personally work under. We go to the shelters and pull adoptable animals into foster homes and get them ready for adoption for their forever homes.

They transport to Austin often and other towns and as far as Canada. The Canadian connections are something I have worked on and with help of other outside area rescuers we have been successful in saving lives “down south” and sending them north and as well to northern states that do not have the over pet population that sadly we have.

ARF also has an education committee in which they try to help people understand the importance of responsible pet ownership. This group has been the first to be proactive in our community, to be the voice these animals do not have.

Why We Love Pam

I do not discriminate what breeds if they are adoptable, I foster tiny Chihuahuas to big strong bully types. I love to train them all. Nothing makes me happier to open that shelter door and load the dog up for its “freedom ride” to seeing it run around in a safe place, to know it will never go hungry, be left in the rain or cold and to know it’s my mission to find it the perfect family fit. I have personally helped thru the years about 150 animals… cats, dogs, a few horses and never regret or look back.

Ricki Beason Rescue Photography began back in February of 2014 as a small contribution to the Dallas rescue community. I began by taking pictures of adoptable dogs in rural rescues that didn’t get any help due to their location outside of the city. I didn’t know anything about photography; so, I taught myself the skills I would need, and they have continued to evolve with time and experience.

Fast forward to October 2014, I had quickly fallen in love with photography and rescue work so I decided I wanted to provide a larger contribution to the rescue community and soon Heartthrobs and Hound Dogs was born! The 2015 Heartthrobs and Hound Dogs calendar featured dreamy firemen from New Braunfels, Dallas, and Houston with rescue dogs available for adoption. Between October and December I did the photoshoots, graphic design, printed, and sold all the calendars. It was a whirlwind! The first year raised about $6000. Each of the 6 rescues received $1,000.

I realized after the 2015 calendar that there were A LOT of firemen themed calendars so I needed a new niche market. After some marketing research, I realized that there were no veteran themed calendars. For 2016, I made some big changes. I began working on the calendar in March and changed the heartthrobs to military veterans instead of firemen. The 2016 Heartthrobs and Hound Dogs calendar featured military veterans from Dallas, Austin, and Houston with rescue dogs from 6 new rescues. The heartthrob veteran calendar took off! It was featured on Bark Post, Huffington Post, Animal Planet’s Facebook page and The Dodo. The 2016 calendar raised a whopping $30,000! The second year was a great success!

For the third year, 2017, I am changing things again—I am featuring military veterans from Dallas, police officers from Austin, and firefighters from Houston with 6 new rescue groups. This year I did the photo shoots in each city and did all of the editing and graphic design for the calendar which equaled almost 400 man hours of work. The calendars will be available in September and I am hoping it will have just as much success as the 2016 calendar.

Heartthrobs and Hound Dogs has been a big part of my life. I hope with this project that I am able to change people’s perceptions of rescue dogs and build an admiration for our servicemen who not only keep our cities and country safe, but also volunteer their time to help rescue dogs. Too often we look over the shelter dog because they aren’t deemed as “glamorous” as a breeder dog, but these dogs, if given the chance, are the most beautiful and loving dogs a person could ask for.

As for the servicemen, I want people to see the faces of those who have served our country and serve in our neighborhoods and cities. These aren’t male models, these aren’t actors; these men are real life heroes. These men fought for our country, saved our loved ones from fires, and kept our streets safe. They all have the scars to prove it. These aren’t models that have spent their days laying out by the pool in L.A.; these men are saviors; they are warriors; they are heroes.

The puppies that we foster for AHR all come from the South; Mississippi, Arkansas, and Tennessee (interestingly, one of the shelters with whom AHR works is located in a town where I used to live in Tennessee), where there is a stray population, overpopulated shelters who also euthanize, and a big need for homes.

While all dogs and puppies have received medical care, vaccinations, are spayed/neutered, and have received a clean bill of health/health certificate before coming to New England, Maine requires that they still must have a quarantine period upon arrival before they can be placed into a permanent home.

We are a quarantine home and hold puppies for 5 days before they go to their permanent homes. It is an adjustment period for them, as many have been in boarding, are newly separated from litter mates, not to mention the stress of the transport. We provide lots of love, patience, work on potty training, and more love. New puppies come up on transport every Saturday, so we have a steady stream of them coming through our home; indeed, we have had pairs of puppies several times.

How Gayl and Vern Got Involved

I first got involved in animal rescue when I was a graduate student at the University of Southern California. A group of animal-loving students, faculty, and staff began a rescue group and became a recognized university student organization in response to the large stray dog population within Los Angeles and particularly on the USC campus. I ended up co-running this organization for several years, until I completed graduate school.

I have been involved in small animal-related things since then, but when the opportunity presented itself to be a foster family for rescued puppies, I welcomed the chance to become more involved with what I think is such an important endeavor. While Vern had not previously been involved in rescue work, he had heard about my work and is also an animal lover, so also wanted to become involved.

We love that we can provide a temporary home for puppies on their stop to their “forever” homes. So many of these babies come from very sad situations and it is heartwarming for us to know that we have helped save them and given them a chance to have a happy life.

4 Paws Rescue, a 501C3 in Ruston, LA. I have been passionate about animals for as long as I can remember.

In 2005, when Katrina hit Louisiana, I was asked by 4 Paws Rescue to board displaced dogs from South Louisiana. That was the beginning of my involvement in animal rescue. I started as a volunteer, became President and eventually Director. I spend an average of 50 hours a week doing anything from scooping poop and feeding dogs to holding fundraisers.

Running a no kill shelter in Louisiana has its challenges. Most pet owners consider their dogs as property to be used for hunting or protection. Leash laws are not enforced. There is no registration system. When a dog can no longer perform, it is discarded like trash. In fact most of our rescues come from dumpsters.

“Here for them until they have a forever home”

Although there are many pet loving people in our area, there are still far too many that have no compassion for animals. Those are the ones we deal with on a daily basis. We are on the front lines of animal rescue and have seen just about everything. It is heartbreaking but we soldier on as we are determined to make North Louisiana a place where animals are no longer treated like property but instead are cherished companions.

To accomplish this goal, we need to change the mindset of our community. Our goal is to educate the community about responsible pet ownership with a strong emphasis on spay/neutering. We offer low cost spay/neuter to the community in an effort to cut down on the huge number of abandoned or neglected dogs. We alter all of our rescues and many times help those who cannot afford vet care.

One of my strongest desires is to network with rescues in the Northeast to transport these amazing animals from the South. In the Northeast, they do not have the pet overpopulation issues that we face in the South.

To give you an example of the magnitude of the problem, a local shelter, just 30 miles away, takes in 700-800 dogs a month and euthanizes 75%. This is not acceptable and is a huge challenge that still begs to be addressed. If we could transport even some of these dogs, it would make a tremendous difference. At 4 PAWS, we have a 98% adoption rate.

Our motto is: “We are here for them until they have a forever home.”

Lighting the Fire: Learning and the Growth Mindset (Part 1 of 3)

“Education is not the filling of the pail, but rather the lighting of a fire.”– William Butler Yeats