W﻿e are excited to welcome Tyler Plant, our new CRO, to the Simpli5 team! 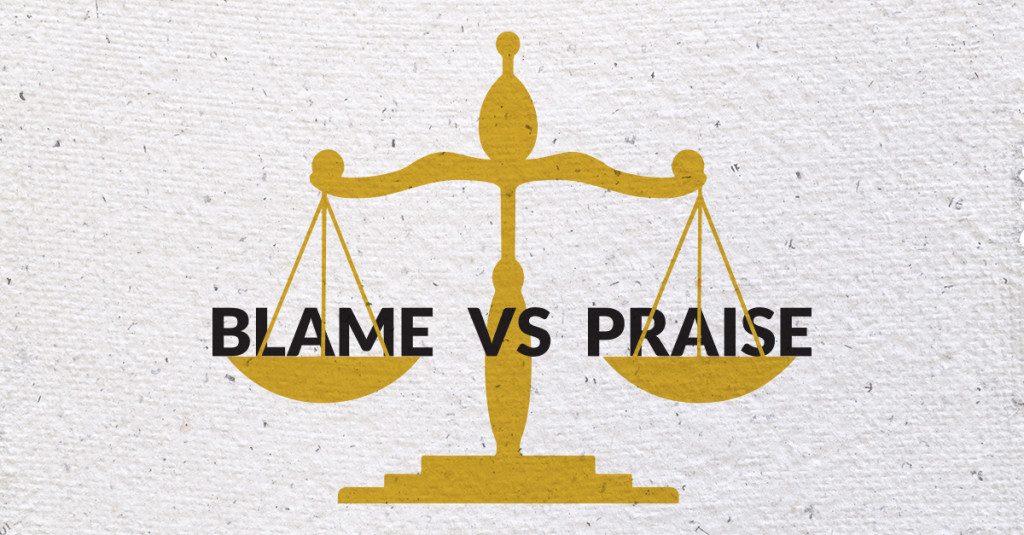 Have you ever wondered about blame and praise, and why you seem to get more of the former than the latter?

The Fortune’s recently posted “Human Brains Are Wired to Blame Rather Than Praise” breaks down new discoveries on why we tend to judge others more harshly for their negative actions.

Using fast brain imaging, researchers at Duke University have made a startling discovery that upends thousands of years of assumptions—going back to Aristotle—about how we make moral judgments based on people’s intentions, and ultimately blame or praise others. These judgments happen all the time at work, at home, and in criminal courts! They also influence how you can use 5 Dynamics on a daily basis to achieve success and satisfaction.

It had long been thought that we make moral judgments based on a two-step process:

Step 2: Based on step 1, we decide whether the person is doing a “good thing” or a “bad thing” and make a moral judgment. Good/evil, helpful/harmful, guilty/innocent.

The Duke researchers found that when experimental subjects were presented with scenarios. The negative example lit up only the amygdala. The amygdala initiates the fight or flight autonomic nervous responses to threats, even before the brain has had time to rationally think through whether the threat was real. (Was that a gunshot or a car backfiring? Your heart jumps before you figure it out!) It is the center of the brain’s emotional response.

The positive example never goes to the emotional amygdala. Rather, it gets routed elsewhere, and undergoes logical, rational processing. This takes more time.

What does this mean? We are more likely to assume that good deeds are happenstance, and bad things are done intentionally.

Why might this happen? Evolutionarily, they suggest, survival has been the dominant instinct. Thus we react to bad deeds more emotionally, without logical process, because in terms of survival the threatening behavior is what we must look out for. Helpful acts don’t threaten and therefore are subconsciously less important for us to track.

Apart from the moral philosophy questions, what does this mean to you? Mike Sturm, the founder of 5 Dynamics, frequently said that most people were much more conversant with their faults than with their strengths—and this next part is critical—and that if you wanted to inspire positive behavioral change, you’d have better luck going through the praise door than the criticism door.

Thus our reports are written in the spirit of positive organizational psychology. We emphasize strengths in everything we do. We never mention gaps or weakness.

Moreover, our methodology asks that you judge people not on personality, but rather look at what they do in more objective and logical terms: might their actions be driven by cognitive style, learning style, and perception, rather than something ingrained like personality that is tangled up with intentionality?

Shifting the basis of judgment has this effect: it helps you assume people are helpful until proven otherwise. This openness is a better way to go through life.

Lighting the Fire: Learning and the Invisible L&D Department (Part 3 of 3)

This is the conclusion of a series on learning theories and methods impacting today’s corporate and educational learning spaces. Part One fo…